The 3rd STERG Technical Tour took place from the 3rd to 7th July 2017 and gave students the opportunity to visit renewable energy generation plants. Students from Stellenbosch University, the University of Cape Town (UCT) and the University of Pretoria (UP) joined the tour this year, extending STERG’s collaboration with other universities in South Africa. The group of 28 Master’s and PhD students, as well as professors and academic staff, visited several power plants in operation or under construction around Upington in the Northern Cape. The visited plants include concentrated solar power plants (Khi Solar One, Bokpoort, Kathu Solar Park and Ilanga), a photovoltaic plant (Sishen PV) and a concentrated photovoltaic plant (Touws River CPV). The students had the unique opportunity to see large-scale power plants in person and to learn more about the various technologies as well as to engage in discussions with the developers and operators of the plants. The tour has been a great success in past years and continued its objective in maintaining good relations with the renewable energy industry. 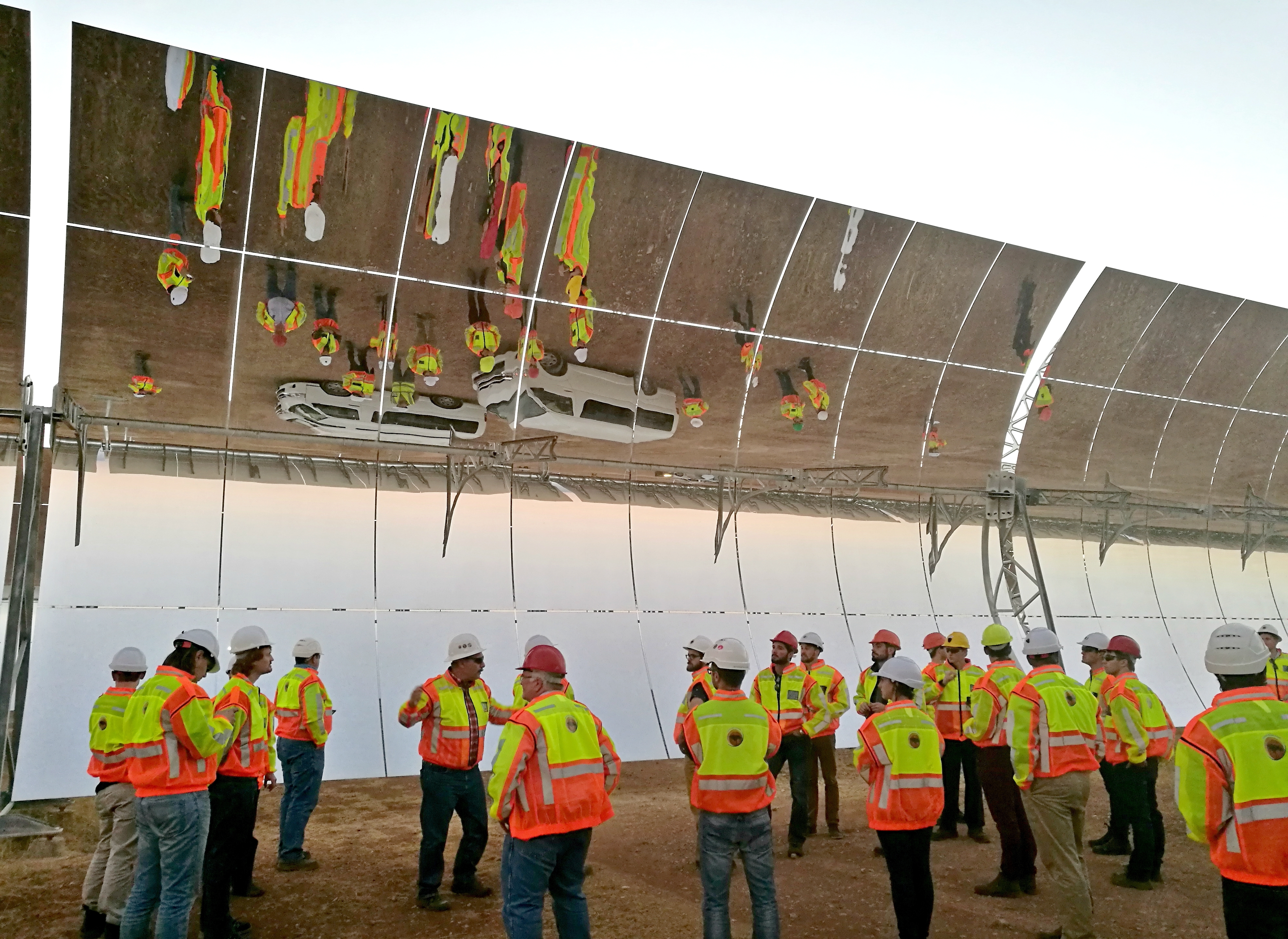 The technical tour team being shown around the Khatu Solar Park. Photo courtesy of Frank Duvenhage

A big thank you goes to the various companies and individuals at the power plants who helped in making the tour a reality by accommodating the group on site and taking the time out of their daily operations to show them around as well as answering numerous questions from the students. Thanks to the Centre for Renewable and Sustainable Energy Studies (CRSES) which generously sponsored part of the costs.

We look forward to the next tour!