The ASME TurboEXPO Conference is the world’s largest turbomachinery conference, with more than a thousand paper delivered at the conference every year. This year was the first year since 2019 where the conference was presented as an in-person event. Attendees made full use of the opportunity to pick up on old relationships and the evenings between conference days were spent discussing issues ranging from hydrogen combustion to electric-powered flight right down to the quality of Dutch beer.

At the conference, Dr Meyer (along with co-authors Profs Alessandro Corsini, Chris Meyer and Johan van der Spuy) received the best paper award from the Fan and Blowers Committee for his paper titled “Optimisation of a tip appendage for the control of tip leakage vortices in axial flow fans”. The photo shows Dr Meyer receiving his award from Prof Giovanni Delibra, the current chair of the Fans and Blowers committee. 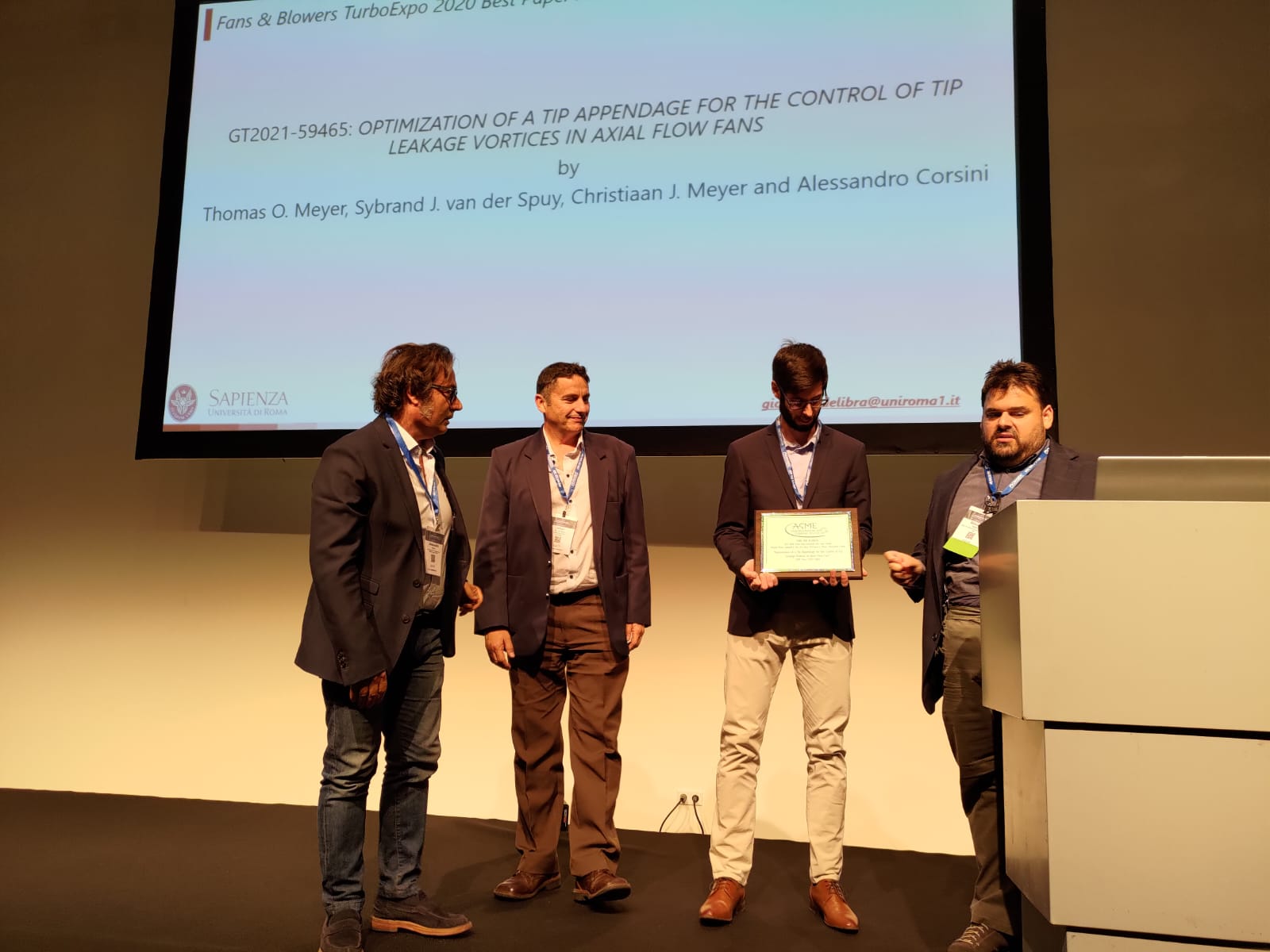