CSP plants, like all other power generation plants, require constant monitoring and maintenance to operate at optimal levels. In the case of CSP plants, the maintenance required involves cleaning, re-aligning and calibrating the mirrors. Due to the sheer volume of mirrors present on a typical CSP plant, these simple maintenance procedures may become lengthy and very costly if done manually.

To this end, STERG has committed resources into automating the aforementioned maintenance tasks. Atomisation holds many advantages when compared with manual labour, such as reliability, reduced cost and potentially far higher efficiency in performing a given task.

STERG are currently investigating partial CSP plant automisation by using quadrotor drones. Quadrotor drones are small helicopter-like aircraft, where the frame is commonly arranged in an X or + (plus) shape and four propellers are placed along the perimeter of this frame. These drones are very adaptable and have uses ranging from land surveying to delivering the Amazon goods you’ve ordered. The technology has reached a point where most of these tasks can be performed simply with cheap sensors and without the supervision of a human operator, which make them a good platform to perform automisation research on. 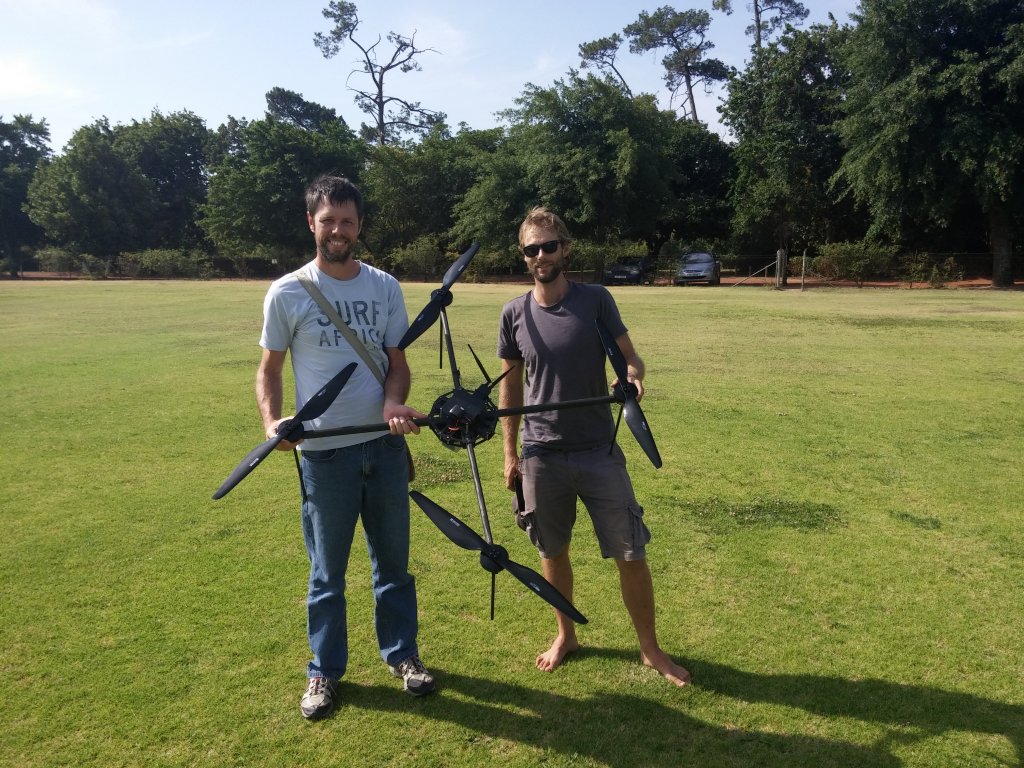 Project supervisor, Dr Willie Smit (left), and representative from Skyhook holding an earlier version of the quadrotor drone used in the project.

It is envisioned that most of the monitoring and maintenance tasks on a CSP plant, such as mirror cleaning, calibration and security, will be performed by, or alongside, a quadrotor drone. This project is still in its infancy, however, and currently the task of calibrating a heliostat mirror is being investigated by finding the most accurate method of using a drone to make distance measurements to a heliostat mirror.  A demonstration video of this drone can be watched here. 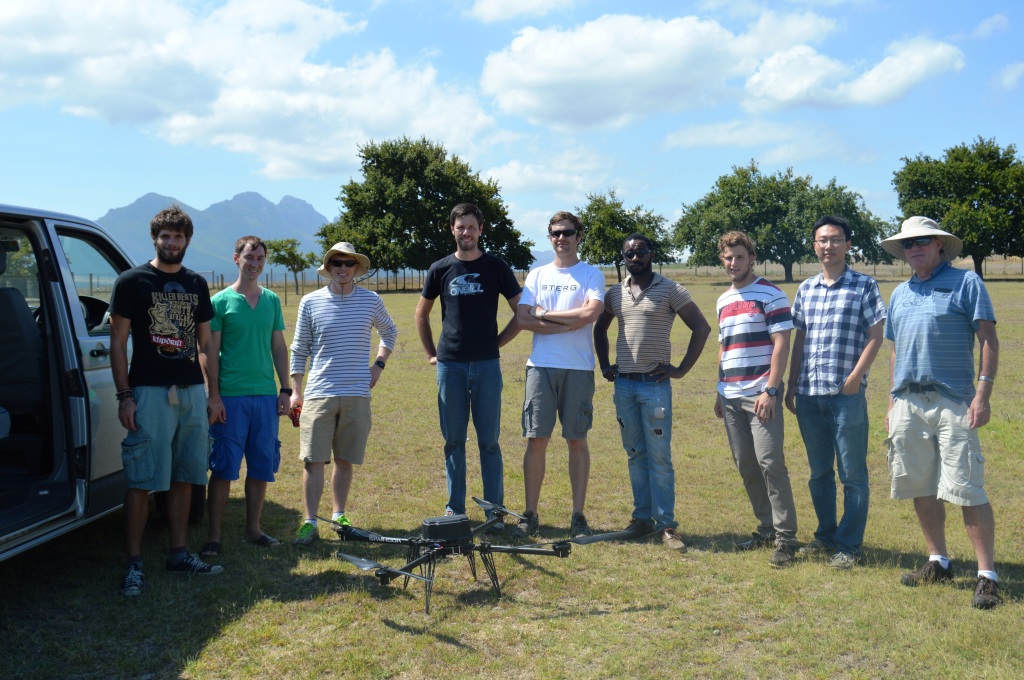 Jaycee Lock (far left) and other STERG members with a newer version of the SUNcopter after a test flight.

This research is currently being done by Jayceé Lock, a Master’s degree student based at STERG. His main interests lie in autonomous control of mechanical systems, so naturally he was drawn to this project which poses an interesting control problem involving many different aspects, such as sensor fusion and trajectory planning and execution.​